EVENT POSTPONED (date TBA). Hold on to your tickets! They will be valid for the new date once announced.

Regina Spektor comes to Belk Theater on Wednesday, 19th October 2022 as part of her 2022 North American tour. The artist released her latest single, “Loveology”, and announced the tour dates with it. The single was part of her latest album, “Home”, which was released in June this year. The album was a massive hit, and fans are waiting to hear it live for the first time. The tour began shortly after her album release and is scheduled to wrap up on 27th October in L.A’s Walt Disney Concert Hall. October includes several notable performances in Washington, Ithaca, Nashville, Charlotte and more. Catch her live at the famous Belk Theater on 19th October by getting your tickets right now! 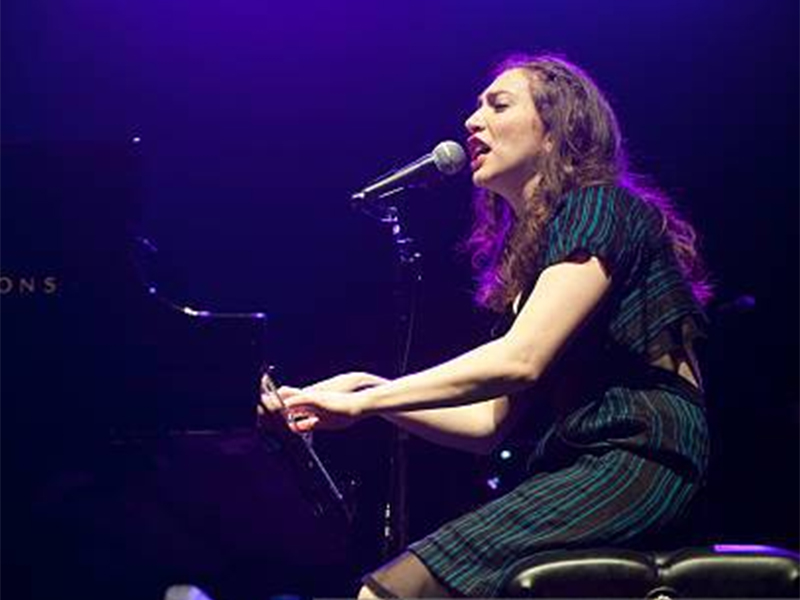 Regina Spektor’s latest album is about her usual style, where she tries to explain the science of love. It is a must-listen for all folk and blues music fans, as it represents her ability to write abstract lyrics and sing them so beautifully. Some of the tour dates also included support from American singer-songwriter Norah Jones.
The Russian American singer, songwriter and pianist began her career in New York’s independent music scenes and self-released her first three records. Her commercial breakthrough came after signing with Sire Records in 2004, with her fourth studio album, Begin to Hope, achieving Gold certification from the RIAA. Her following work continued to feature on top charts and her latest album, Home, has also been a massive fan favourite since releasing in June. Spektor has the ability to stun crowds with her beautiful voice, and she has become one of the main figures representing anti-folk and indie-pop music. Her popularity is also because of her stage presence and how she delivers unforgettable experiences to her fans. Do not miss out on this special performance at Belk Theater on 19th October. However, you need to get your tickets ASAP because demand is rising, and tickets could be gone very soon!