If you are down for a night of music, fun and, perhaps, some comedic parodies, attending Weird Al Yankovic's concert is the best decision you'll ever make this summer. On Saturday, 13th of August 2022, the American singer best known for his hilarious parodies of famous pop songs will perform at Belk Theater at Blumenthal Performing Arts Center. After almost four years of being MIA in the concert scene, the singer-musician is back with The Unfortunate Return of the Ridiculously Self-Indulgent, Ill-Advised Vanity Tour. Loyal fans would be delighted to know that Weird Al promises to deliver a different setlist every night in this concert tour. For all those who follow this dude's high creativity, imaginative antics, and passion towards his music, that is a treat you can't resist. So, grab your tickets now before this tour sells out soon. 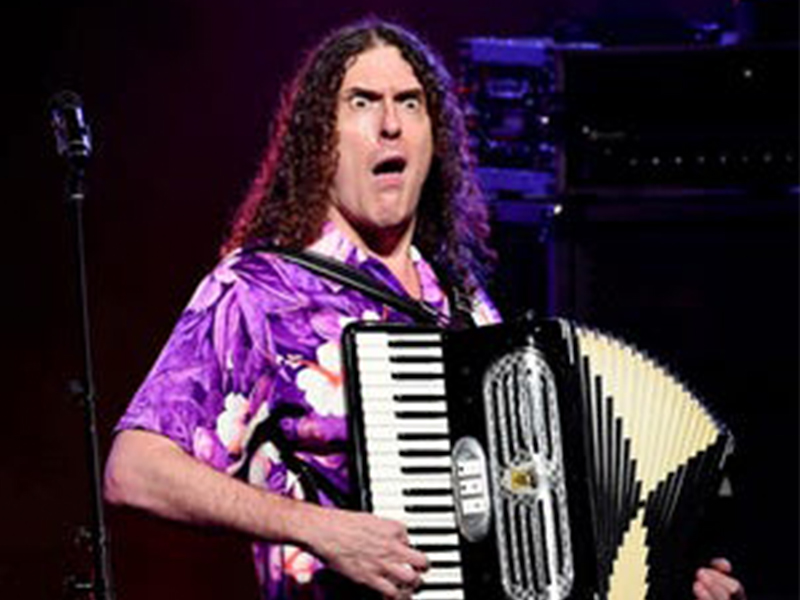 The five-time Grammy winner, Weird Al Yankovic is set to give his fans a treat on this anticipated follow-up of his highly-acclaimed concert tour entitled Ridiculously Self-Indulgent, Ill-Advised Vanity Tour. The tour which brought a compilation of his hits over the years, delighted both new and old fans alike. Now, he promises to bring unique flavor in The Unfortunate Return of the Ridiculously Self-Indulgent, Ill-Advised Vanity Tour.
Being the biggest-selling comedy recording artist of all time, Weird Al prides himself with a catalogue of 14 studio albums and sits along with the greats like Madonna and Michael Jackson, Kenny G. and U2 as one of the only five artists to have had Top 40 singles in each of the last four decades. He also was awarded a star on the Hollywood Walk of Fame On August 27, 2018.
Although he is mostly known for his musical parodies, "Weird Al" sets primarily feature non-parody materials in this tour. This excites fans of all ages who were left in awe in the last Vanity Tour with his high-octane theatrics. His hugely successful Strings Attached Tour in 2019 also cemented his great musicality and showmanship as he performed each night in that tour alongside a full symphony orchestra. Like the previous tours, expect quality sets of performances and musicality that made Al uniquely weird over the last four decades. So, grab your tickets now and prepare for a legendary concert experience!